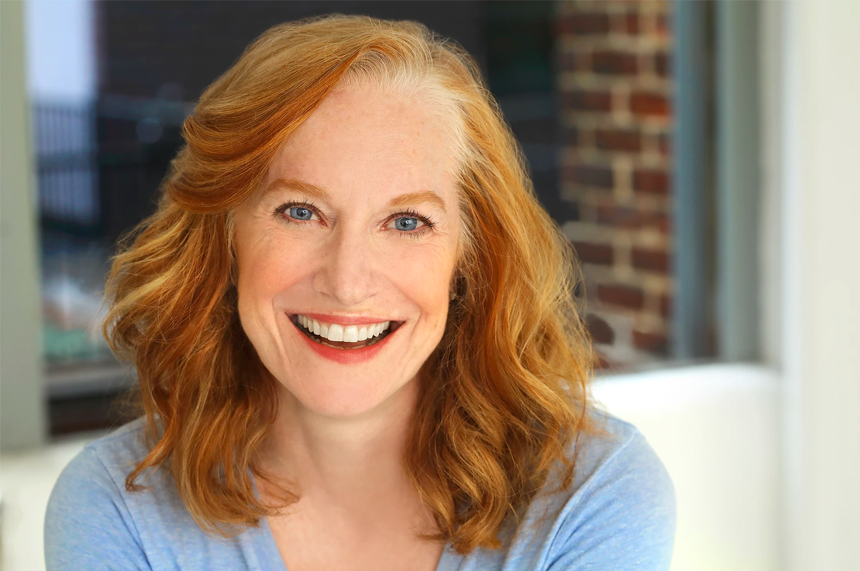 Teri Clark Linden is an audiobook narrator and actress. She has narrated close to two hundred audiobooks! She narrated three of my books that are new to audio: Promise Me Forever, Reflections of Yesterday, and The Trouble with Caasi. Teri gives some insight on what it takes for her to narrate a book and her journey to becoming a narrator!

1. What has been your journey to becoming an audiobook narrator?

My journey to audiobook narrating began all the way back in middle school when I decided to become an actress! Performing audiobooks is as natural as performing on stage or in front of the camera. I did some volunteer narrating for Assistive Media, a website for the blind, and was hired to narrate a couple audiobooks. From there, I was fortunate to go into Brilliance Audio’s studios for years and get directed and engineered by top talent. I landed an audition my NY agent sent me from Audible to record several contracts from home, which lent me to buying my Whisper Room Studio. With the continued growth in audiobook production, and more and more narrators and producers popping up requiring home studio work, it’s where I mainly record from now. My time being directed by others though has been invaluable in my self directing and engineering my performances.

2. How many books have you narrated, do they have a common theme or genre? How do you select which books to narrate?

I’m closing in on 200 audiobooks narrated and the genres are all over the place, though they do seem heavier on the romance side! I mainly get selected by others, like producers, casting directors or Authors, though occasionally I’ll wonder about an author’s next work, or see a title in the Sunday NY Times, and make an inquiry.

3. What is special about narrating a Debbie Macomber book?

Narrating Debbie Macomber’s books holds a lot of memories and milestones for me. Some Kind of Wonderful and Cindy and the Prince (released separately and together in FAIRY TALE WEDDINGS) were my first books recorded for Brilliance Audio. They were the first fiction books I recorded and my spring board into narrating romance books! They were also the first audiobooks I narrated within a professional studio, being directed and engineered. I feel

fortunate to have begun my journey into narrating romance stories under Debbie Macomber’s high bar, so having her approve Brilliance Audio’s casting me to narrate three of her Classic series romances is very special indeed, like coming full circle, cycle of life special!

4. Do you prefer to read or listen to books?

It depends, but generally, I listen to books when I’m driving, and enjoy reading all other times (I read each book I narrate before recording, and that’s from my iPad, so I enjoy feeling an actual book in my hands when I can pleasure read too, as evidenced by the stack on my nightstand!)

My favorite place to listen to audiobooks is in the car driving, especially long-distance, like on highways, where the drive can be mundane. Listening to a good story just makes the time so much more enjoyable!

6.What is your routine for recording a book? How many times do you read it before? How do you decide on the voices you do for different characters?

I love these questions and frequently get asked them, so thank you! I do read the book at least once before recording, and while I’m reading highlight names, words for research or pronunciation and the like. Creating character’s voices depend on the genre and book I’m narrating. I never want to go too broad, especially with dialects, unless it’s within the realm of the genre or story, like for children’s, some YA or Fantasy/Sci-Fi. Generally, my voices are more about separating the characters rather than doing full out character voices, like for animation, so the listener can easily identify whom is speaking without being pulled from the author’s story, which is always the most important aspect to my work; serving and supporting the author’s story (and believe me, it’s been a journey getting here – I wish I could go back and narrate some of my earlier stuff!) I use what the author has given me first to get a sense of how a character might sound, for instance, in Debbie’s Reflections of Yesterday  I narrated, the story takes place in South Carolina, so location is a huge clue for how the characters sound. However, later in the story it’s revealed Paul grew up in California, so I didn’t voice him with a southern dialect. And it’s not just about the accents either. If a character is described as an “Alpha Male” (as one was in a book I just finished) I’d give him a deeper timbre, more serious. If the guy is the “comedian” of the five brothers I’m separating, I might place his voice a bit higher and looser, with an overall up and positive energy. If one of the guys is a construction worker, he might be a bit more mid-ranged, with a gravel texture. So, along with author’s clues, geography, and accent, I create a character voice using pitch, placement, texture, pacing, attitude, and so on. I also do what I call, “Bad Impressions” where I think of a role someone else has performed and try to impersonate that actor in that role, which always gives me a good character voice base to start

from! (I’ve studied this with Pat Fraley and Scott Brick, and teach this, so I can go on for days on creating character voices and the nuances needed for audiobook performing! I love it!)

7. What do you love most about being an audiobook narrator?

Honestly, I have to say the best thing about narrating audiobooks for me has been being able to get my creative on while working from home for the flexibility in raising my son! I will add though, it’s an incredible thing to be able to read for a living, and books that I would otherwise probably not come into contact with just for the reason alone there are so many to choose from and so little time to do so! I’ve met and worked with so many creative and kind people narrating audiobooks and the community is beyond welcoming and supportive. My dad retired from Thompson

Publishing in Detroit, after a career in publishing going back to McCall’s in Dayton, and landing at Gale Research in Detroit before Thompson acquired them. Working in the publishing world wasn’t even a blip on my radar ever, so it’s truly incredible that I now am involved in a small way, every time I lend my voice to an author’s words. And, there’s all

the knowledge I gain too! I’m constantly learning!

8. What is something that people may not know about being a narrator?

Well, some people might not know about all the prep and research that goes into each narration job, depending on the type of book. I mentioned pre-reading the book, and noting words to look up and characters to voice. If the book is fantasy for example, and full of geographical and proper names only the author knows how to say, then it’s a phone call with the author to go over all of these. I’ve also been on the phone with author’s who’ve written memoirs to make sure I’m pronouncing people’s names correctly they’ve written about, if I cannot find the source elsewhere. I’ve spent many hours on the Internet, or calling Chamber of Commerces verifying how to say certain words or phrases. I’ve even interviewed and recorded some friends from Germany for some pronunciations on a book that took place in northern Germany! So there can be many, many hours spent on researching a book before ever landing behind the mic to record!

9. When you began your career, what was that like for you?

I basically began my audiobook career recording at Brilliance Audio’s studios about 10 years ago. My son was not even in grade school yet, and is entering high school this year, so it’s hard to believe it’s been that long! I had gotten my feet wet performing behind the microphone doing commercial and character voice-overs, so narrating audiobooks was kind of an extension of that and my acting career at the time, and felt (and still feels) quite natural to do. Since I also had experience being directed on stage in plays, doing voice-overs and on-camera work, it felt a pretty seamless transition being directed at Brilliance Audio by their directors and engineers. Also, I enjoyed the work very much. That hasn’t changed at all!

10. You narrated The Trouble With Cassi, which was a book Debbie wrote in the beginning of her career while learning the ropes of a new industry. Did you relate to that while narrating this book, did it cause you to reflect back on your own beginning? When you began your career, what was that like for you?

It’s hard to believe Debbie was ever learning the ropes and at the start of her career because The Trouble With Caasi certainly doesn’t read like a new author’s work! Because the first two books I narrated for Brilliance Audio were by Debbie (Cindy and the Prince & Some Kind of Wonderful)  I did in fact reflect a bit on what narrating was like when I first began, and where I am now. There were hardly any audiobook production studios ten years ago let alone narrators with home recording studios. It was common place to go to a production house, like Brilliance, and be assigned an engineer and a director for a project. For me, home recording came a few years into recording for Brilliance Audio, when I was hired by Audible to narrate a series of back-logged titles from home. At the time, I had a bare-bones recording set-up, and the Audible work supported my investing in a Whisper Room booth. Now, I mostly record from my home studio, which is the standard for most narrators in audiobook production. I enjoy the flexibility (and lack of office dress code!) working from home, but I do occasionally miss the creative collaboration in person working on site offers. I have appreciated being available more to my son and family over the years as a result of narrating at my studio, though, and appreciate the discipline involved in working from home, as well as the challenge of self-directing! 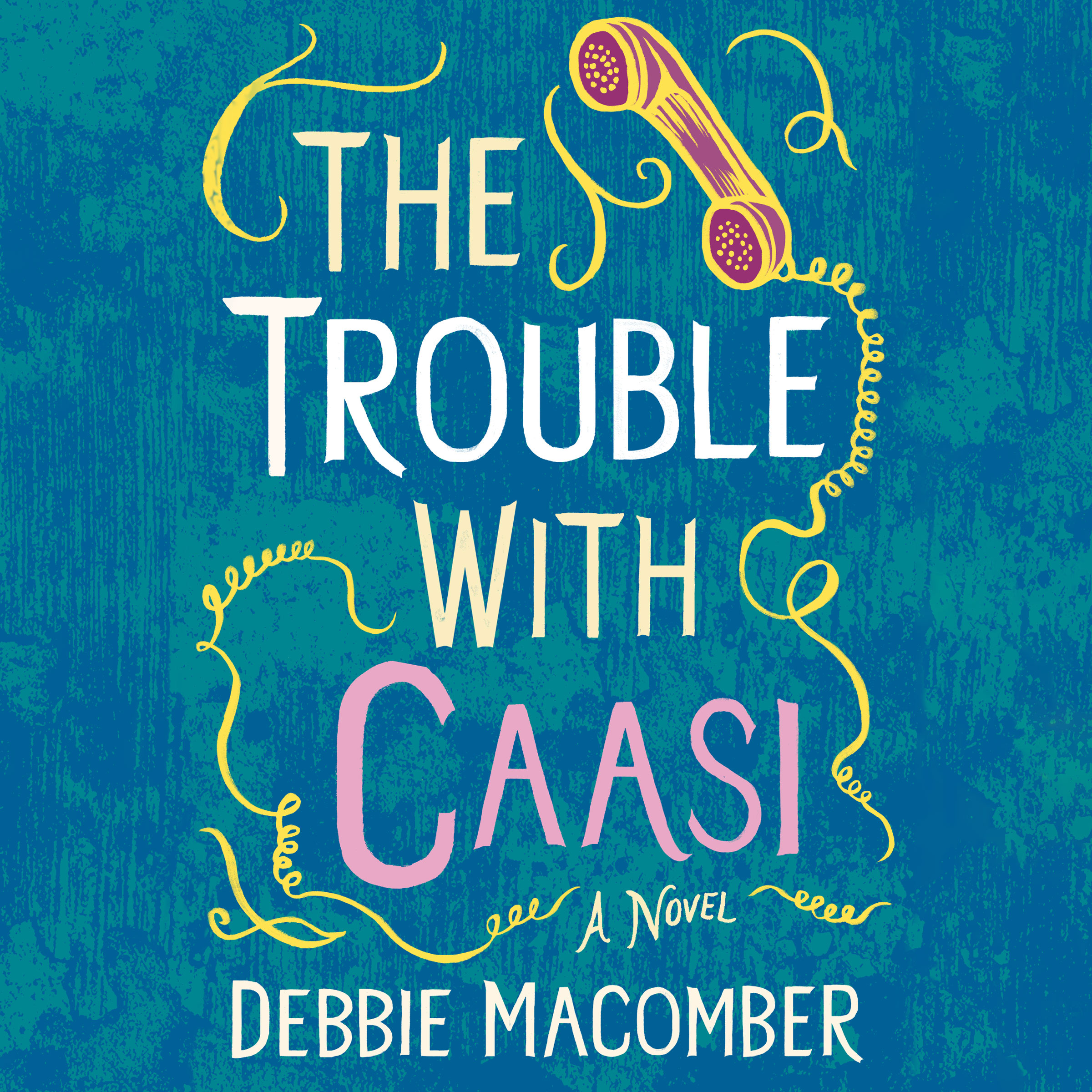 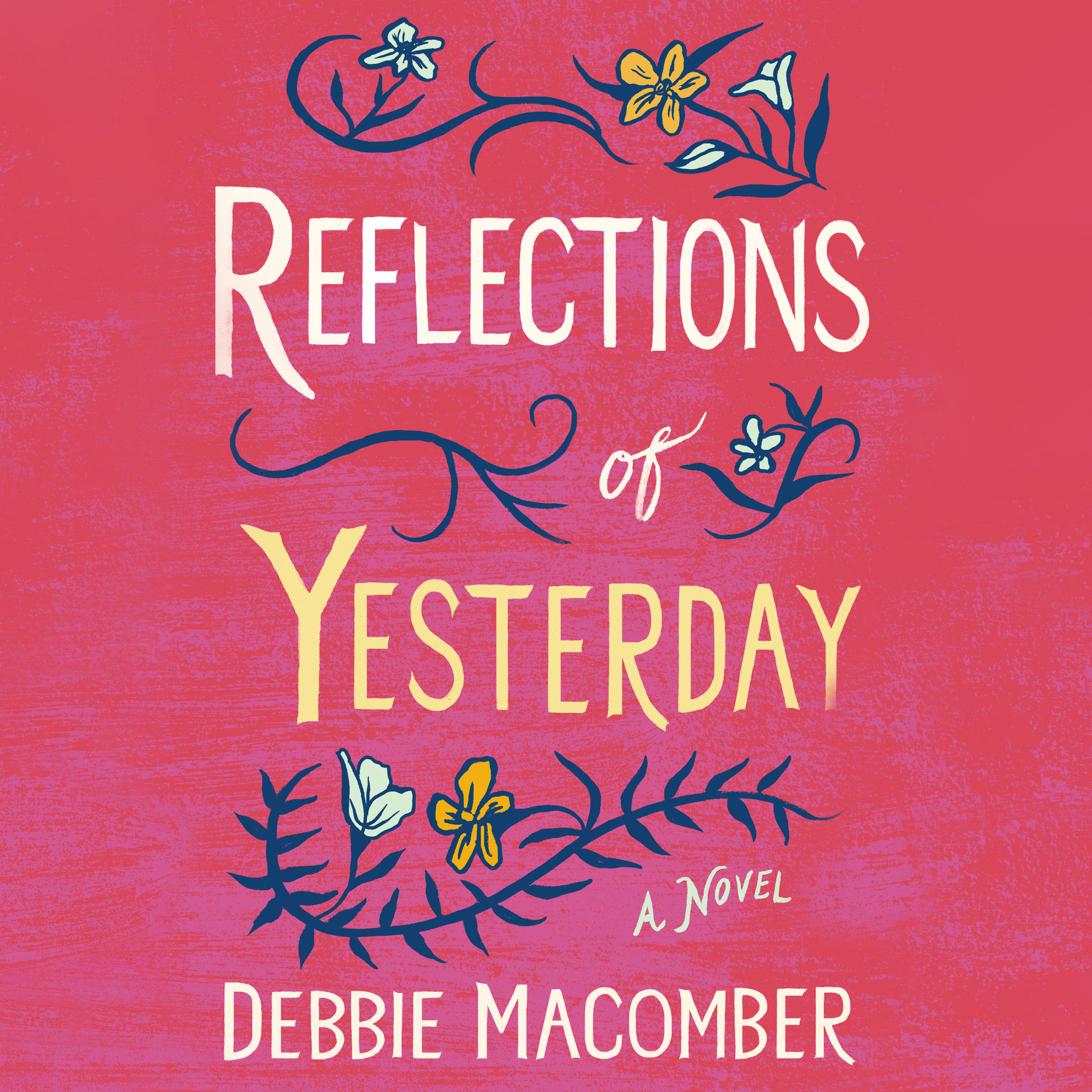 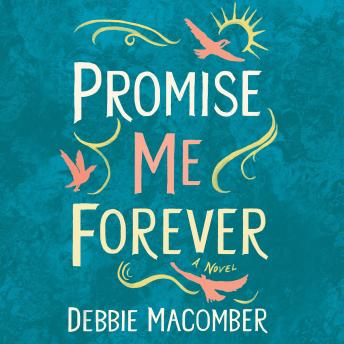 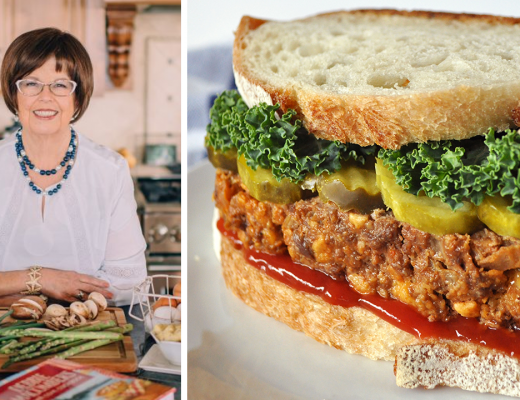 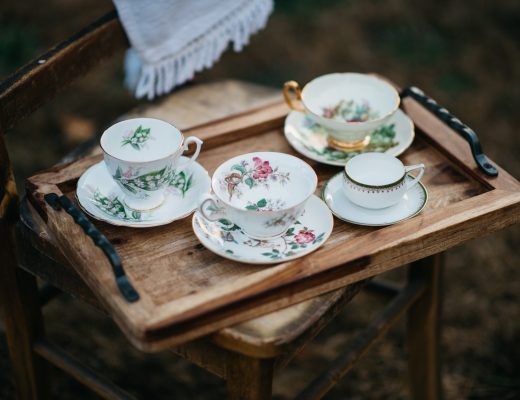 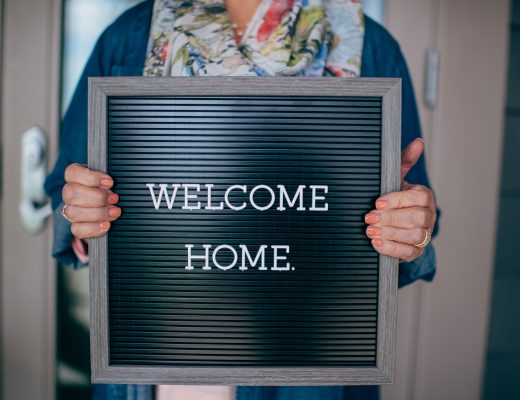 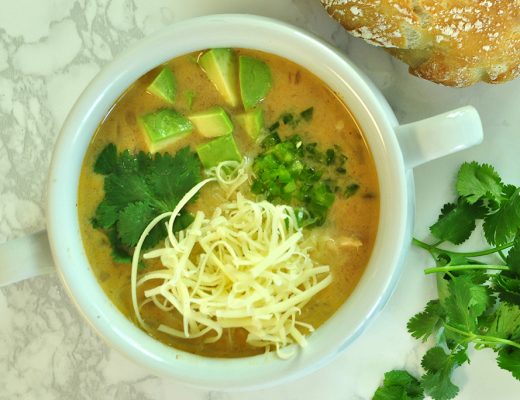 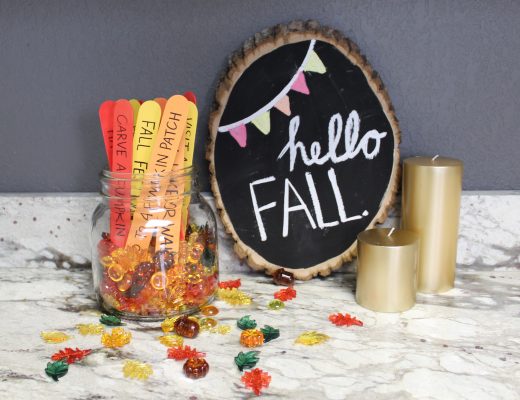